Rodrigo is one of the founders and co-owners of Concept Restaurants, who owns Delicatessen, Aymara, Cebiche and the catering division.

Rodrigo has many years experience from the restaurant industry; both in operations, management and as a chef. Rodrigo was also central in developing Delicatessen in 2000 – where it all started. 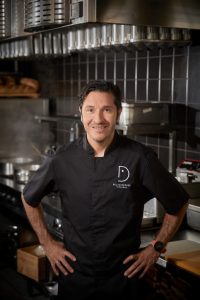 Rodrigo came to Norway from Chile in 1988. His interest in the restaurant business started at cooking school in Kongsvinger. After that, he did his apprenticeship at Oslo Plaza and eventually moved on to work at Grand Hotel.

Already as a 22 year-old in 2000, he became head chef at Delicatessen Grünerløkka, and this is where the story of Delicatessen Tapasbar began. Rodrigo travels a lot to Spain and has visited Peru to ensure the quality at all stages in our restaurants.

Along with catering manager Sebastién Campa, Rodrigo develops all of our menus, based on the best produce available at all times.

Sebastién has been catering manager in Concept Restaurants since the division started in 2014, and has a long experience as a chef in both France and Norway. 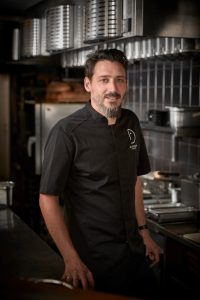 After Sebastién finished cooking school in France in 1997, he has been working as a chef both at restaurants and within the catering industry; at La Ribaudière (1 Michelin star), Solsiden Restaurant and Delicatessen Grünerløkka to mention some.

As head chef at Delicatessen Catering, he has put his mark on our menus in line with our Spanish concept, ever since we opened the catering division in 2014.

Sebastién is passionate about good customer experiences, and always puts the customer first.